Addiction To OCR Is Born

We signed up for a Spartan Race. Now what?
First, it meant training. Since this was our first Spartan Race or official Obstacle Course Race (OCR) we had no idea how to train. Our idea of training was running our usual mileage. During some runs we would stop and do burpees every few miles. Burpees are the penalty at Spartan Race if you don't complete an obstacle. We figured we would need the practice.  We also included lunges, pushups, and our sad attempts at pullups.  We found a few online resources for doing workouts at our local park. I found a nice set of monkey bars and made it my best friend to practice on. We found hills to run on.  We met some others who had a team they put together to do this very same race.  At a local weekly fun run, we bumped into another couple who had a Spartan Race shirt. We started asking them what it was really like.  The man said he didn't finish the first time he tried it. Gulp.... what had we gotten ourselves into?  The other group of people invited us to take a hike up a local small mountain.  It sounded easy enough, right?  Well, no.  They planned to carry a sandbag up that mountain.  I felt very intimidated.  We went to the store as instructed and purchased a sandbag.  We cut it open and I took a portion of the bag and duct taped it.  I had no intention of carrying this thing but to just climb that mountain and live to tell about it.  It was years since I climbed a mountain, and this group was in much better shape than I was. 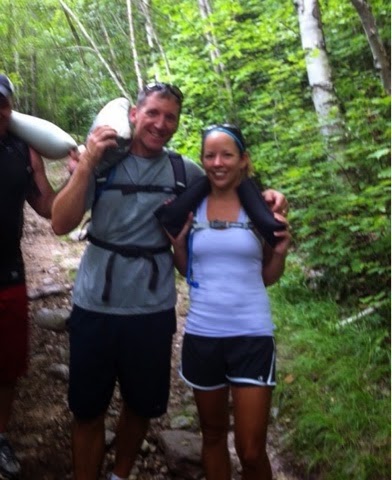 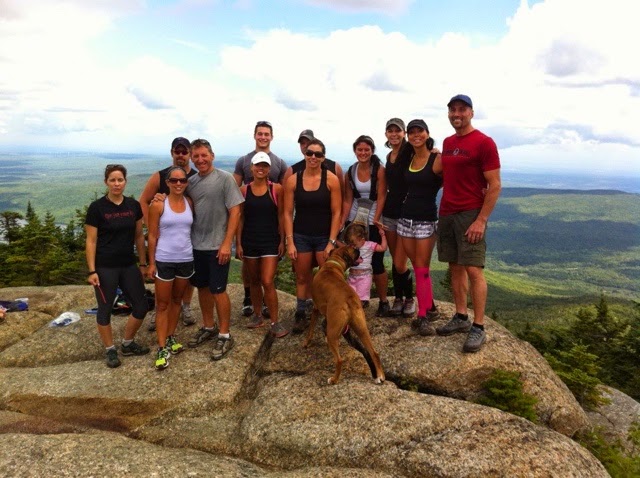 Looking back on the photos of that trip up Lyon Mountain make me laugh. To see how far we have come since that first climb with Team Burgh.  We were now officially Team Burgh Members.  A team that would prove to us that we had what it takes to get through the BEAST. They set up training sessions that we participated in.
As the date for our first Spartan Race rolled around, I became more and more obsessed with my lack of preparedness.  I found a Facebook group specifically for Spartan Chicks. The more I could learn about this race, the better off I would be.  I learned that my regular sneakers just would not do the job.  I purchased my first pair of trail shoes. They were Salomon XR Mission.  I tried them out on the trails and I fell in love with them.  They had a great grip and didn't seem to soak up water.
I learned that wearing form fitting clothes was the best option for wearables.  Nothing cotton.  Long knee high socks were going to be best.  I got comfortable with wearing compression shorts and tight tops. I loved the feeling of knee high compression socks. My husband even bought me a pair that said "BadAss" on the back of them with an arrow pointing up. (more on the socks later.).
Now just weeks away, my stress and anxiety were getting up there. I feared I wouldn't be ready. I watched the weather channel as the days got closer. We started to pack our gear and check our list to make sure we had all the suggested items we needed to complete the course.  We packed up the car and headed to VT to our little condo we rented along with my brother and his girlfriend who we convinced to join Team Burgh. My parents even came to cheer us on.  Race day is just hours away now. 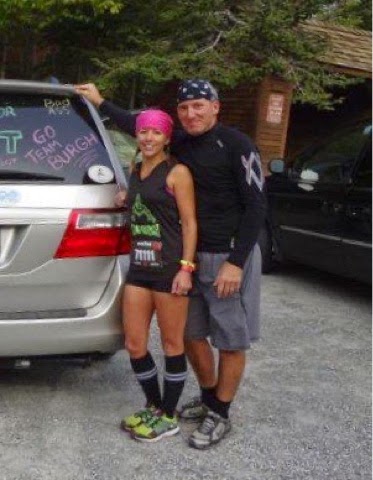