When childhood was different

Back when I was a child, I had always participated in some sort of sport.  When I was around 6 or 7 years old, my parents enrolled us in swimming lessons at our local beach.  We would take a bus that would pick us up just down the street.  These were the days that our parents would have full trust in others to take care of us when we were away from home.  There were different levels based on your swimming ability. I earned a patch as I proceeded through the rankings.  I always admired the lifeguards who taught us how to swim.  I once asked my mother for the cute red bathing suit that they got to wear and that I wanted to be a lifeguard when I grew up.  One instructor in particular was my favorite.  I still see her at sporting events here and there.  I guess it's important to have a certain level of respect for someone who has your life in their hands.   I was a bit of a beach bum back in those days.  After swimming lessons we would take the bus back home to have lunch. Then we were allowed to take the school bus in the afternoon to spend the rest of the day at the beach (Yes, children. All alone. Without an adult other than the lifeguards. Things were different back then.) My parents would meet us at the beach where we would have dinner and head out on the boat where my parents and brothers would all go skiing.  I was afraid to learn how to ski. I have no idea why, but that giant lake was just scary to me.

During those years, I also played softball. I started out as a catcher and played second base.  That was until I got hit square in the back of the head with a baseball bat.  There was a dropped ball in front of home plate.  I bent forward to grab it. At the same instance, the batter took a practice swing while standing in the batters box, hitting me right in the back of the head.  Back then, there were only face masks without the helmet.  Again, things have changed since I was a kid.  After that incident, I took on the position of pitcher and shortstop where I continued to play all the way up through high school.

When there was no ball, we were always to be found riding around town on our bicycles. As soon as I was a steady rider, my mother took my training wheels off my bike.  That same day, my older brother convinced me that it was okay to ride my bike downtown.  He chose the steepest hill, but the fastest route. I knew it was a bad idea, but my brother convinced me it was okay because we were going to the library.  Even without a parent or permission.  As my brother yelled to me from the bottom of the hill to pedal faster, I suddenly lost control.  Down I went. Face first on the fresh pavement.  I ended up nearly knocking my front tooth out, had to have stitches across my forehead, my chin and even inside of my mouth.  This is the reason why I am not a triathlete.  I just can't bring myself to trust a bicycle to keep me safe.

During the winter, I could either be found riding snowmobiles with my family, skating at the local skating rink, or on the mountain skiing with friends.  I was still less than 14 years old, but my parents were fine with us going off on our own across town with friends and no adult present along with the other kids in town.  As much as I didn't like the cold weather, I would never turn down a chance to be racing down a black diamond trail. Who could resist skiing the same mountains that the Olympians did?

As I grew older and entered school sports, I tried quite a few different sports.  I played two years of basketball. I still played softball, but also enjoyed being a cheerleader.  I was on the swimming and diving team. My favorite heat was the 400M Backstroke where I always did well. I never found myself on the track or cross country team.  I had no interest in running. It seemed very boring to me despite my parents nudging me to join since both my brothers were on the team.

Throughout this entire time, our family still did a lot of hiking, biking as a family, canoeing, camping, and traveling, as well as hours on the lake in the boat, snowmobiling or off-road Jeep expeditions.

In my next blog post, I move out of my parents home and go off to college.... 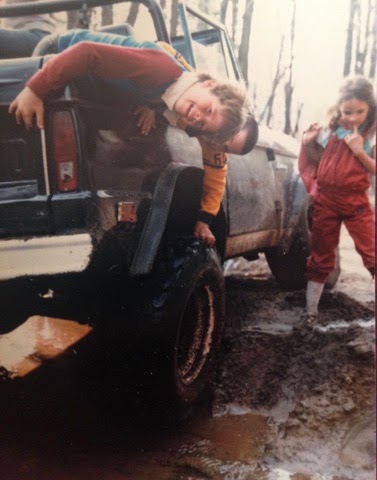 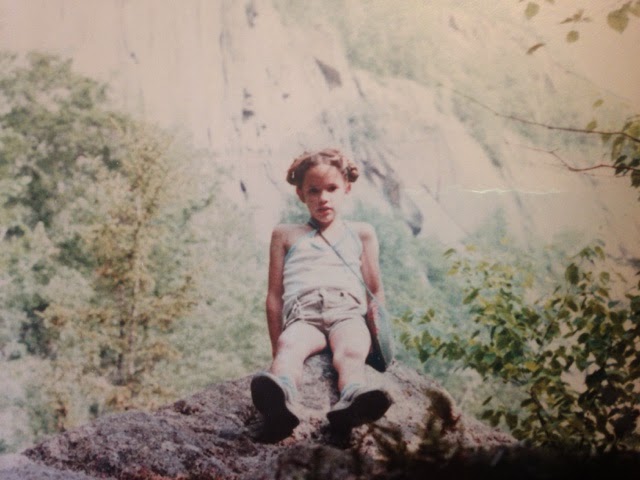 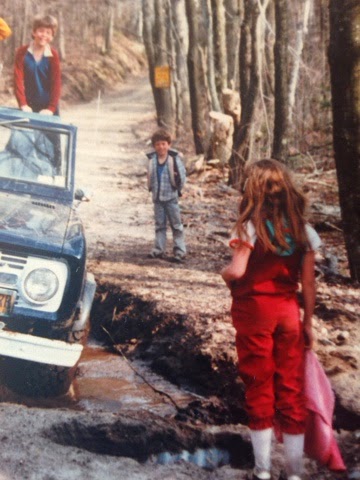